The list includes some of the best albums Nigerian music has ever seen.

Over the past 10 years, albums have grown to become of less importance. They require intense time and effort to craft and the Nigerian environment is too dysfunctional to guarantee an artist the gratification an album might deserve.

So, why will an artist spend money he doesn’t have to craft an album that might not work. After all, Davido has been in the industry for 10 years and A Good Time is only his second album. Instead of making an album, why not just try to find the hit, right? Well, that’s fair and true, but the place of albums to a legacy will never be moved.

Albums might have become of reduced importance, but they will never go out of style. As streaming continues to permeate the dysfunctional doldrums of paid music listenership in Nigeria, albums will be back on the cards of importance. They will be a way for artists to get paid from multiple avenues of music.

Even though singles have always been the shoo-in to the virality an artist needs, there was a time when people cared about releasing albums in Nigerian music. A quality album was the proof of rudimentary artistry. As an artist, respect comes directly from the quality of your albums. Thus, artists cared and wanted to prove themselves.

In 2008, Durella released his debut album, King of the Zanga. The album instantly permeated the mainstream with hits like ‘Shayo,’ ‘Enu O Se‘ and ‘Wiskolowiska.’ For the next two years, he remained in conversations while getting trailed by comments of similarities to Nigeria’s biggest artist of that time, D’Banj.

Although his 2010 album, Reconfigurated was not as successful as King of The Zanga, it was probaby a better album. More importantly, it spawned hits like ‘Boom Boom‘ and ‘My Life Pt. 2.’

Jesse Jagz – Jagz of All Tradez

Singles; Pump It Up, Wetin Dey, Nobody

In 2010, Jesse Jagz was practically touted as a superstar of the incoming generation. The producer-cum-rapper-cum-singer-cum-everything-inside-everything had two singles making waves. They were smash hit, ‘Wetin Dey’ and radio hit, ‘Pump It Up.’ When the album dropped, Nigerians were disappointed because they wanted him to rap.

When Jagz showed versatility and sang for most of the album that also had a ‘commercial egde,’ fans kicked up a fuss. Till date, they still say the album was bad. Well, they were wrong. The album simply suffered the weight of expectation. On its own, it was a well-produced body of work that has aged like fine wine. However, it could have been four tracks shorter. 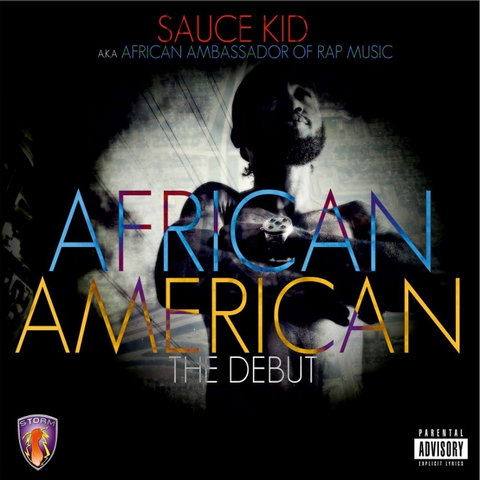 In 2007, Babalola was an IJGB who rocked dancefloors with a refix of Remy Ma‘s smash, ‘Conceited.’ The song was titled, ‘San Bori Bobo.’ With it, he released his first mixtape, Money Long -people liked it and used that standard to judge the album, African American.

Till today, Pulse Nigeria Senior Editor, Steve Dede swears the album was subpar. Well, that was probably because they expected a different sound – don’t tell him I said that. Nonetheless, since Gbolahan Borokini gave this writer the album in 2010, he has been in love. One of his favourite rap solo performances of all time is on the album. It’s the bonus track, ‘Airplane Mode.’ 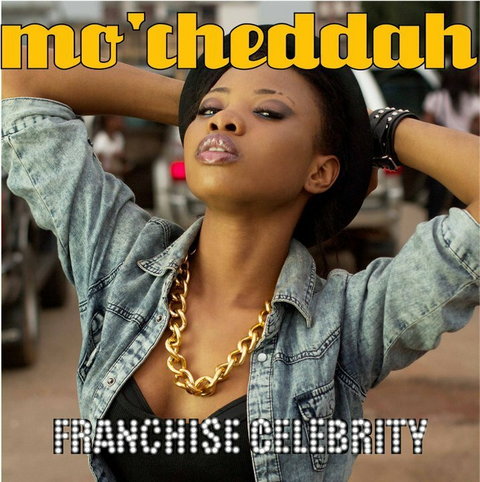 Singles; Ko Ma Roll, If You Want Me

The album is as slept on now as it was then. For what is most likely cynicism towards someone the mainstream couldn’t relate with, the album was ever so slightly underappreciated. Nonetheless, it was an impressive album. Shout-out to Knighthouse for the beautiful production they unleashed with this album.

With this album, Dupe went from the hook singer on ‘Da Finest’ to an MTV African Music Award winner. 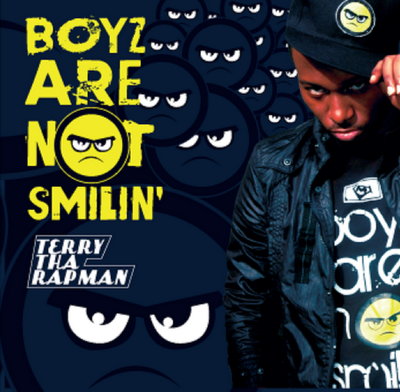 A quality album. Quality rap. Cultural moments. After Tha Rapman Begins was released in 2007, Terry tha Rapman released his most commercial body of work up till that point.

Hip-hop heads will argue that Terry Tha Rapman ‘dumbed it down’ on this album, but money had to be made and impact had to be felt. In 2010, the veteran Nigerian rapper released Boyz Are Not Smiling and assumed his current alter ego, Joe Spazm.

The same year, his smash hit rap single, ‘Sample’ was named Best Rap Single at The Headies – it was an upset. Nonetheless, the mainstream didn’t care about ‘hip-hop problems’ as it lapped up Boyz Are Not Smiling like a cat on milk.

‘Boyz Are Not Smiling’ and ‘B.A.N.S’ spilled over into a cultural moment and birthed merch. It’s interesting how talk of merch was how Terry ended his third verse. Another important moment on this album was the Mo’Cheddah madness on ‘Get Up.’ 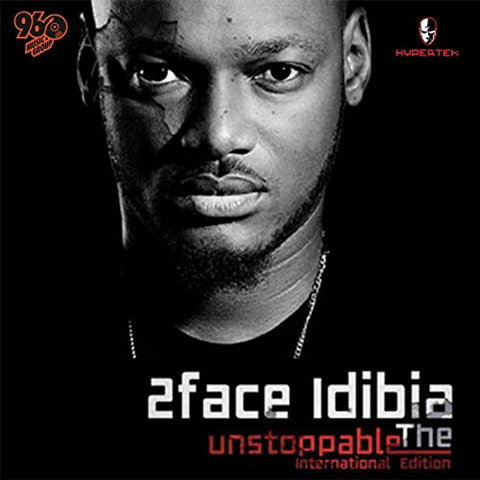 Singles; Raindrops, Be There, Implication, Only Me, Take It Back,

The original Unstoppable album came in the thick of immense negative PR for then-2Face Idibia. He had to withstand the storm of being called “irresponsible” – he had just fathered his fifth child from three women. Some people also heavily criticized his stagecraft and the quality of his videos.

Inevitably, the album tanked. Even worse, its lead single, ‘Enter The Place’ was then banned by Nigerian Broadcasting Commission for unknown reasons. Thus, for a lot of reasons, Unstoppable (International Edition) was some sort of ‘comeback.’ 2baba made sure it wasn’t cheap – the album was priced at a whopping N2,000 when other albums sold for N100.

First, the Jay Sleek-produced ‘Implication’ dropped in 2010 and it became a smash hit. Then came other cult favourites like ‘Rain Drops’ ‘Take It Back’ and ‘Be There.’ But the key moment came off the highly resonant single, ‘Only Me.’ Nigerians could relate to its wordings and the song blew off rumours that it was directed at footballer, John Obi Mikel.

This album came in the golden era of Nigerian Hip-Hop. On it, MI created a movie concept and told a story. With every song came a marriage of English rap and a commercial beat. Like him or hate him, MI Abaga is a genius and this album was a moment.

At the 2011 Headies, MI2 was named Best Rap Album. Coming off the equally monumental Talk About It, most people would have dropped the ball. Instead, MI created his own world in which he was an autocrat who created rules and made everyone follow them. He was the actor in an action film where he was hero.

He was a cowboy in the ‘Wild West’ who ate ‘Beef’ for raw dinner. He bought ‘Craze’ for ‘One Naira’ and challenged ‘Anybody’ for his ‘Undisputed’ ‘Number One’ spot.

In Nigerian rap, this album will go down as a turning point. If Nigerian Hip-Hop will ever have a foothold for profitability, more albums like this are needed. This was an album that made the average Nigerian be interested in English-rap. 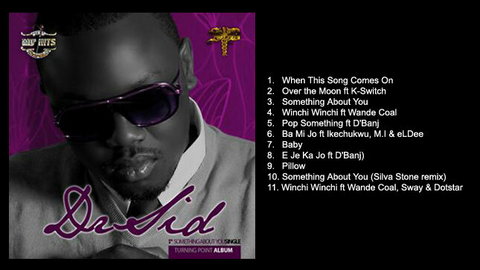 Singles; Something About You, Over The Moon, Pop Something

The Afro-electro album that kicked off the decade. A timeless album that was made in teh creative essence of a great producer, Turning Point was a thing of beauty that originally got a lukewarm response because of the profile of its maker. However, as its singles gathered pace, it also joined to get attention.

At the 2011 Headies, Unstoppable International Edition prevented it from scooping certain awards – especially the gong for best rap album. 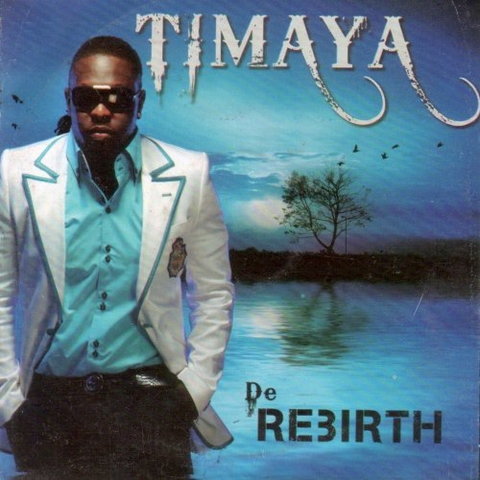 Before this time, Timaya had been known as the quintessential agolo maker. He was basically the go-to-guy for features in Nigerian music – alongside Terry G. But this time, he took sonic risks and made albums on trap and kwaito beat. The best part of this album is that Phyno produced, ‘Life Anagaga.’ 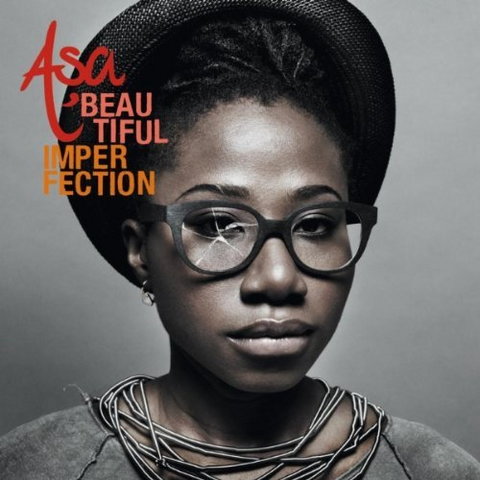 Singles; Why Can’t We Be, Be My Man

When Pulse created its list of the albums of the decade, Beautiful Imperfection just about missed the cut. However, this album was a wrinkle in Nigerian music times. Its ability to make Nigerians both pretentious in their likeness of ‘good music’ and actually liking good music was second to none. In so many ways, this is Asa’s magnus opus.

Sound Sultan – Back From The Future 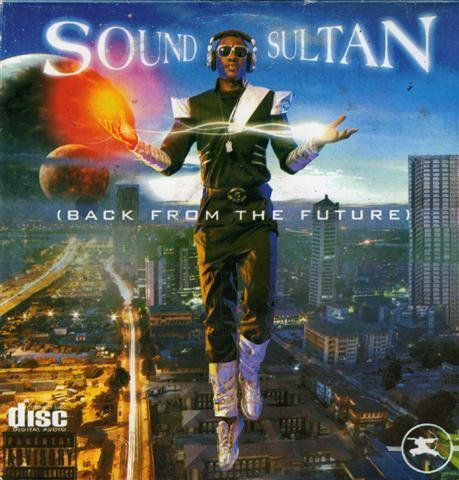 In 2010, Sound Sultan released ‘Back From The Future’ under Naija Ninja. (Naija Ninja)

As we ushered in the last decade, Sound Sultan crafted a beautiful song with Nigeria’s best rapper of the time, MI Abaga. The song was of socio-political nature and its power was its message – but my God, Jay Sleek killed that beat. The album itself is underrated in the grand scheme, but it got multiple nominations at the Headies in 2011.

eLDee – Is It Your Money 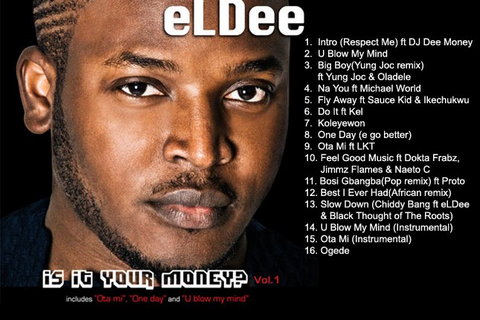 Cover art and tracklist for ‘Is It Your Money’ by eLDee. (Trybes)

When this album dropped, eLDee had become an OG. The album was more like a privilege to us, earthlings. He had already moved to Atlanta, Georgia, US. The album was top quality, but some of the beats on the album bore an excessive amount of similarities to popular American songs of the time. 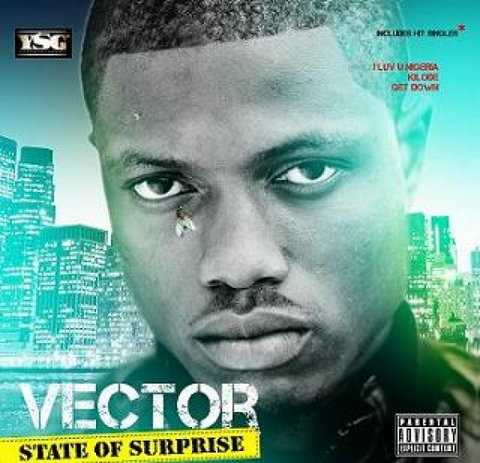 Finally! Was the feeling when this album dropped in the final quarter of 2010. Vector had been rated as the next big one before the album dropped, people anticipated this one. As Vector‘s first album, the album holds importance. However, the album’s quality in itself is very questionable. Nonetheless, Vector has played his role in Nigerian Hip-Hop and this was in ‘genesis.’ 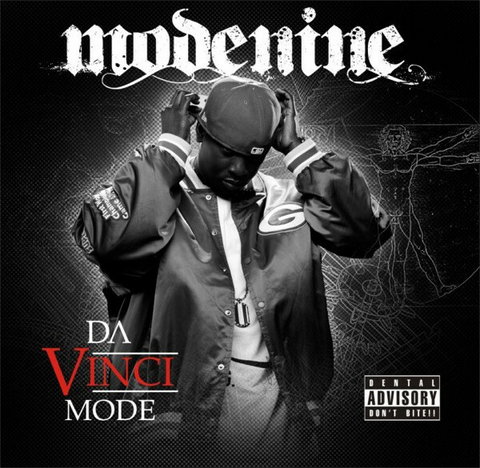 A lot of Nigerian Hip-Hop heads didn’t like this album, but this is Modenine‘s most Nigerian and accessible album. For the first time, he ‘dumbed it down’ and found better relatability with Nigerians. The album was top quality. 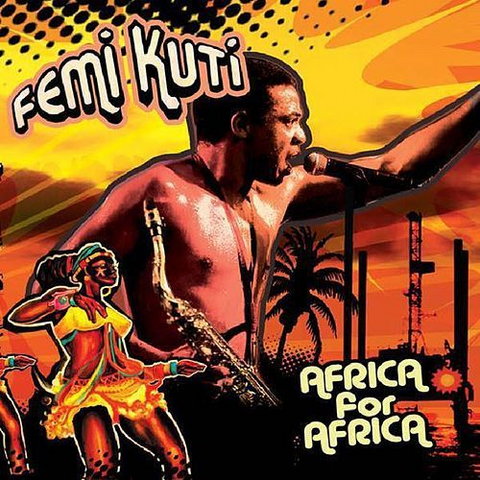 As with anything Kuti-related, it was socio-political chatter that got a Grammy nod for Best World Music Album at the 2011 Grammy Awards.